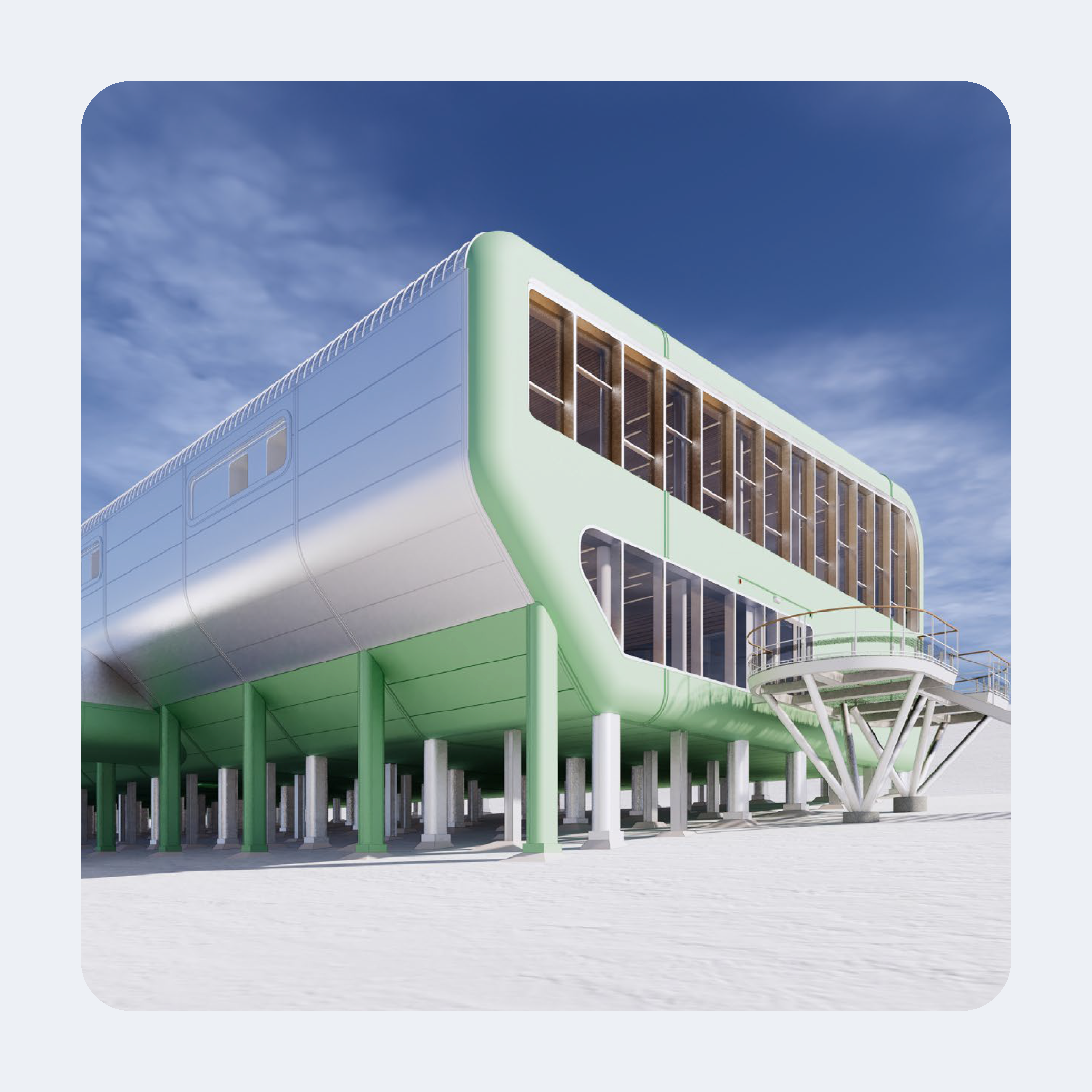 The final tally is in. New Zealand has spoken and voted to keep Scott Base kākāriki/green!

The iconic colour, which has graced the Ross Island research station since 1965, finished with 4514 votes from the 10,830 Kiwis and honorary penguins who made the choice between green, karaka/orange and kikorangi/blue.

Orange – or rescue orange as it was dubbed by supporters keen to keep people safe and save the planet – came second with 3742 votes, then blue with 2574 votes.

The vote allowed our Antarctic community and New Zealanders to be part of the design process during the Scott Base Redevelopment, which will see the current, aging buildings replaced with a fit-for-purpose base powered by 97% renewable energy. It means we can keep supporting science for another 50+ years.

“The colour will link two eras of New Zealand science,” said project director Jon Ager. “The special connection that Kiwis have with Scott Base has been abundantly clear during the vote. We will move towards construction knowing people are behind us and, one day, everyone that voted will be able to say: I helped to shape Scott Base.”

Science, kids and the Antarctic Gateway led the way

The vote opened a month ago during the Antarctica-themed Science Week in primary schools, which saw classrooms talking to the Scott Base overwintering crew, learning from polar scientists and undertaking their own experiments.

Votes came in from the length of the country but it was Canterbury – home of the Antarctic Gateway city of Christchurch, and Timaru where the new base will be built – which rallied around the vote, with 2475 people having their say about the colour of Scott Base.

To celebrate the choice, there’s a new Adélie penguin colouring in page featuring the future green Scott Base. The penguin, which can be any colour you want, can be animated using a smartphone app. The interactive colouring in pages and an activity book can be found on Antarctica New Zealand’s website, here.